The Mille Roches Power House is located in Lake St. Lawrence, West of Cornwall. It is accessible only by boat. Follow Highway 401 to approximately 11 km South of Cornwall and take the Moulinette Rd. exit (No. 778) to Long Sault. Turn East on Highway 2, direction Cornwall, and follow for 4.8 km until you reach Guidon Park. The park has an excellent (public) boat launch. During the season the powerhouse site should be identified with a buoy, located 0.5 nautical mile South (magnetic heading 183) from the tip of Guidon Park. The park also contains very good change and washroom facilities and picnic tables.

The Mille Roches Power House was built for the St. Lawrence Power Company, founded by M.P. Davis and incorporated on May 23, 1901. It was located close to Cornwall Canal at Milles Roches and could generate up to 3,000 horsepower. Work began in the fall of 1900 and it was opened October 24, 1901. While the ownership changed hands several times, the plant stayed in operation until 1955 when it ceased to generate power. With the new Powerdam and Seaway nearing completion, a hugh crane and ball were brought in and the building (brickwork) demolished in preparation of the inundation. The generators were removed, but two water turbines remain intact. 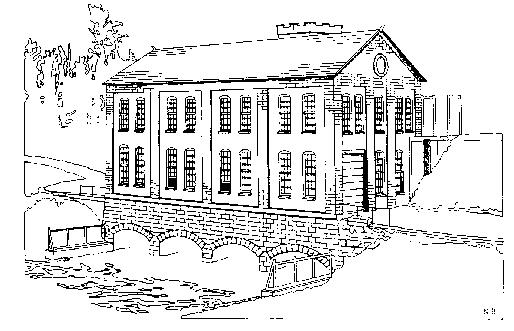