The MONARCH lies on the bottom of St. Clair River, south of the Bluewater Bridge in Sarnia, Ontario. She is accessible from shore via a submerged cable. Take Michigan Rd. to the base of the Bluewater Bridge and follow south along the waterfront for about 500 ft. Parking is available at the point where the land jogs inward, across from the buoy you see the river. A set of steel steps mounted on the cement wall provides a good entry point. The cable is attached to a steel seawall about 10 ft. under water, straight out from the bottom of these steps. A safe exit point is just around the corner of the entry site.

Originally launched as the W.H. SIMPSON at Sheboygan, Wisconsin, in 1889, the MONARCH was a 63 foot steam-powered tugboat. It tragically sank on July 6, 1934 while towing an old freighter called the C.F. Bielman upriver. The Bielman had swung out of control; flipped the MONARCH onto it’s starboard side and then dragged the stern underwater. Today, the wreck lies in 55 ft. of water, approximately 200 ft. from shore. The upper decking has long since washed away, but there are still many interesting features to see. Penetration is limited to the front holds. 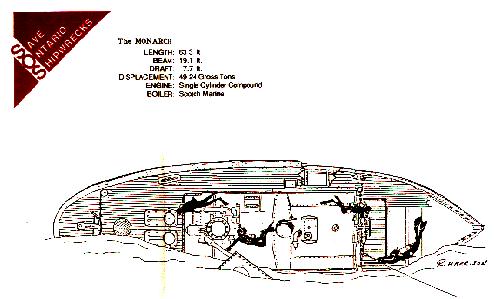 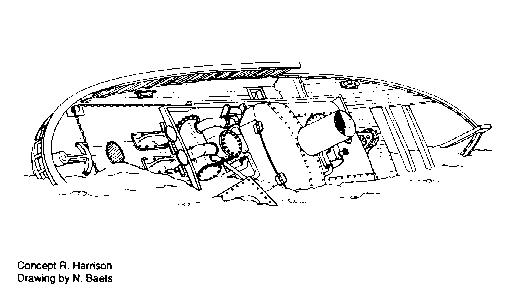