The Sligo today lies in 75 feet of cold water approximately 1.5 miles East of Humber Bay park near Toronto, Ontario. The hull is nearly intact and can be entered at both bow and stern. When discovered in 1984, the wreck was rich with artifacts, many of which are now regrettably gone. There still remain many interesting sights including the ship’s stove and wheel, which lie off the stern and the hull’s construction which was unique for the period. Access is by boat only. Many Toronto area dive shops and charters visit the wreck each year, heading out from either Humber Bay park or Toronto Harbour. A white buoy marks the site.

The Sligo was built in 1860 at Lewis Shicluna’s shipyards in St. Catharines, Ontario. Originally rigged as a three-masted barque and christened “the Prince of Wales”, the ship was built to work the Great Lakes and the Atlantic, venturing as far as Liverpool. In 1874, The Prince of Wales was rerigged as a fore-and-aft schooner and renamed Sligo. The schooner Sligo worked the Great Lakes until the early 1900’s when it was cut down to a towing barge.

In 1918, the Sligo was being towed through a storm by the tug “City of New York” bound for Hamilton. The ship took on water and the combined weight of water and 500 tons of limestone broke the towing line. The City of New York, also sinking, headed for land leaving the Sligo to her fate. The Sligo managed to enter Humber Bay and sank less than a mile from shore with no loss of life. The single remaining mast extended above water but was soon removed. 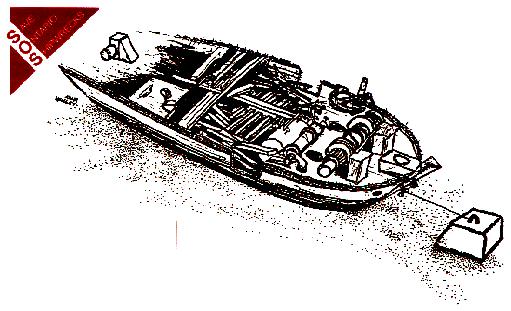