The Lincoln Street Docks project in Welland could get even more elaborate after a major funding boost to the city was announced by the federal government on Tuesday.

Canada’s Minister of Tourism, Official Languages and La Francophonie Melanie Joly was joined by a small crowd along the Canal Terrace at East Main and King streets to share news that the federal economic development agency for southern Ontario (FedDev Ontario) is investing $500,000 to enhance the local recreational waterway through its Canadian Experiences Fund.

The Lincoln Docks project was not mentioned specifically by Joly or Niagara Centre MP Vance Badawey during the announcement — but acting Welland mayor John Chiocchio said it is his belief the funding will be used for the initiative that was approved by council earlier this year for more than $960,000.

Rotary Club of Welland is donating $100,000 to the project, as it builds a park in the area as part of its 100th anniversary legacy project.

When city staff first spoke about creating a recreational hub at the docks, also included were new public washrooms, moving the canoe-kayak rental program to the area, and creating an area for food and beverage vending in 2019.

Richard Dalton, the city’s manager of recreation and culture says the Lincoln Street docks project will begin “as fast as possible” and likely be ready next summer. 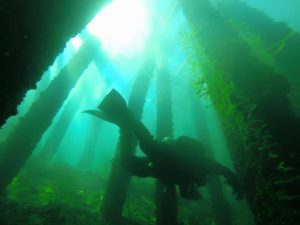